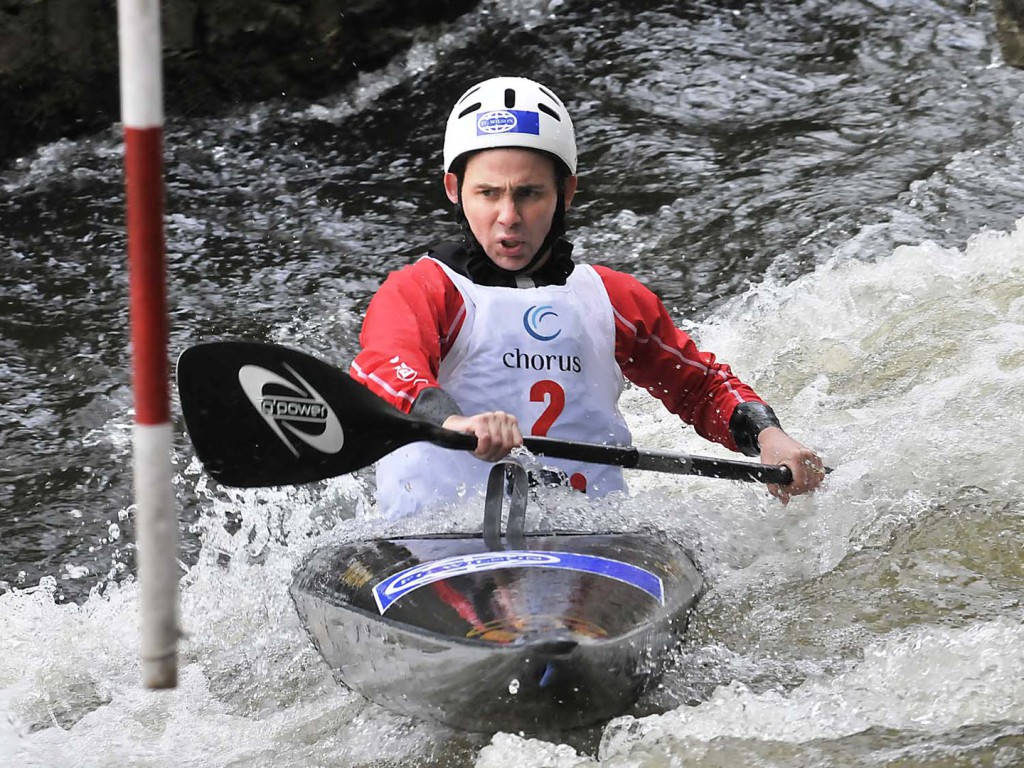 My passion for canoe slalom first started on a school residential trip when I was 10 years old.  Kayaking was one of the activities we tried and started a lifelong passion.  On my return I got involved with my local club and was soon competing in canoe slalom, gaining promotion through the divisions to the Premier Division, the top level of competition.  I was Irish Masters Champion in 2011, paddling for Ireland 2011-2013, British Youth Champion in 1990, British Schools Junior Team Champion in 1997, Southern Region Junior Champion, Eastern Region Senior Champion and represented Great Britain in both the Under 16 and Senior Teams, as well as the England Junior and Senior Teams.

My dream was to compete at the Olympics in Sydney 2000, but I was unable to put in the training required in the two years leading up to this to be in contention.  However, I applied to be a volunteer and was able to paddle the Olympic Course after the event, which was an amazing experience.

My life took me over to Northern Ireland and I returned to competitive racing in 2010 after a ten year break.  I was crowned the Irish Masters Champion 2011 in Dublin, being selected for the Irish Team 2011-2013.

I am the only Profoundly Deaf competitor in mainstream Canoe Slalom in the world (there isn't a separate 'deaf' division) and my aim is to inspire and encourage other deaf people to take part in this life enriching sport and to be the best they can be.  I carried the Olympic Torch in Belfast on the route to London 2012.

Favourite drink:  Red wine (when not training or competing)

Hobbies:  I'm a lifelong Arsenal fan and go to watch them as often as I can. I love foreign travel and experiencing different cultures and have visited many different countries.